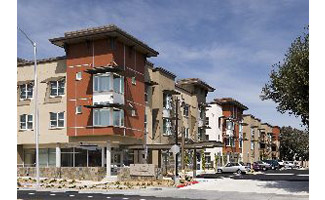 Eden Housing was actively looking for a site which was not only able to be acquired and entitled for an affordable housing development, but which could obtain the estimated $42 million dollars in city, county, state and federal funding required for the project.

DCG researched, found and represented Eden Housing in the negotiation and acquisition of the Peralta Center, a 3-acre commercial site in Fremont, CA. For almost two years, DCG worked diligently alongside Eden Housing project manager Katie Lamont to negotiate lease buyouts, obtain the necessary entitlements for the proposed project that includes 96-senior affordable units, a community room, offices, common area, residential units and office space. DCG was also instrumental assisting Eden in obtaining over $12 million dollars in funding from the City of Fremont as well as over $14 million from HUD’s Section 202 Supportive Housing for the Elderly (HUD 202) program.

Eden Housing closed escrow on the subject property in August 2009, completed their initial demolition of the property in July 2010, and began construction in 2011. In May 2012, Eden Housing, On Lok Lifeways, and the City of Fremont hosted the grand opening celebration of Cottonwood Place and On Lok Lifeways’ Peralta Center.

[x_blockquote cite=”Linda Mandolini, Executive Director Eden Housing” type=”left”]For two years, our firm worked closely with [DCG] on a complex development transaction in Fremont, CA. They were instrumental in helping us to consummate this high profile transaction. I have found their firm to be extremely competent and conscientious, and they have continually displayed the highest integrity and professionalism throughout the course of our relationship. I would highly recommend their services.[/x_blockquote]