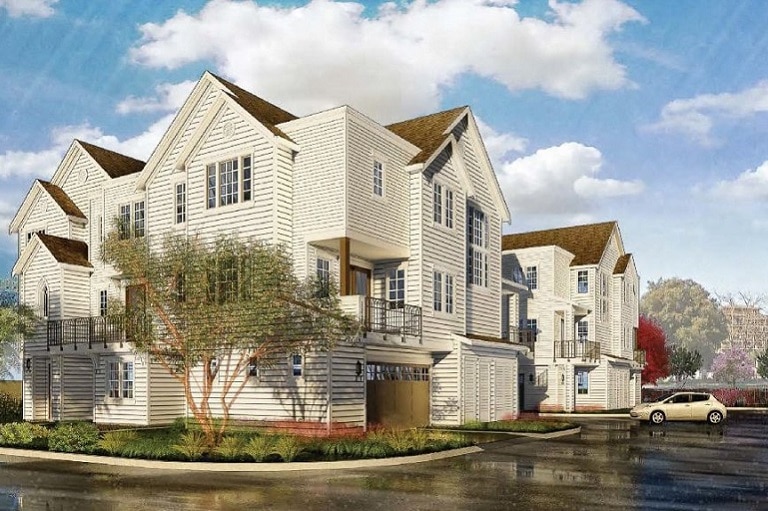 Centerville Presbyterian Church (“Centerville”) is similar to many other churches throughout California, facing the very real and growing challenge of affordable housing for key staff (youth , music, associate and other pastors and administrative staff). The church begun to realize that it could no longer sit passively while their staff endured a daily commute of roughly 2 hours. If they did, it would only be a matter of time until their staff relocated out of the area or took another job that could afford to pay a higher wage. DCG began working with Centerville in July of 2016 to perform a Feasibility Analysis on the potential for constructing 8 rental townhome units on land owned by the church.

Fast forward to today and Centerville’s new housing development is no longer a dream, but is on its way to becoming a reality. The project was unanimously approved by the Fremont Planning Commission and City Council. The project was commended for its architectural design which takes a modern twist on New England Style Gothic Architecture in an ode to the original church that burned down in 1993. The new development that will take its place simultaneously acknowledges its past while creating a sustainable future for Centerville to recruit and retain staff members for generations to come.

If you are exploring the use of church property to develop affordable housing for ministry staff, seniors, veterans or other groups, reach out to us to learn more.